In timber floors, for example, the floor sheeting carries the shear forces , while perimeter joists and plates carry the in-plane bending forces. The thickness of sheeting and size of joists will often be governed by vertical rather than lateral forces. Floor diaphragms in newer timber buildings are nearly always particleboard or plywood. 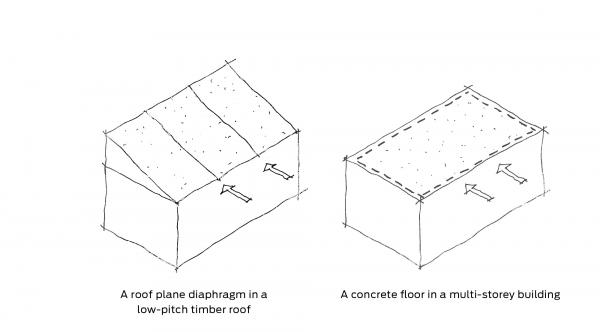 Two examples of a horizontal diaphragm used to transfer lateral loads to the foundation during a seismic event.

Most building designs use some form of diaphragm at every floor and at roof level. A floor plate is an example of a horizontal diaphragm, and in many designs, a diaphragm will also serve as the building’s floor or roof element.