Lowering of the ground surface, known as subsidence or settling, often occurs during an earthquake.

Settlement caused by ground failure can cause buildings to displace, tilt, stretch, twist, buckle or a combination of all five. How badly the building is damaged depends on:

Uniform (left) and tilt settlement (right) due to liquefaction.

For instance, one corner of a slab foundation may experience settlement while the rest of the foundation does not. The resulting change in foundation settlement can induce higher levels of stress in the floor, wall and roof members. 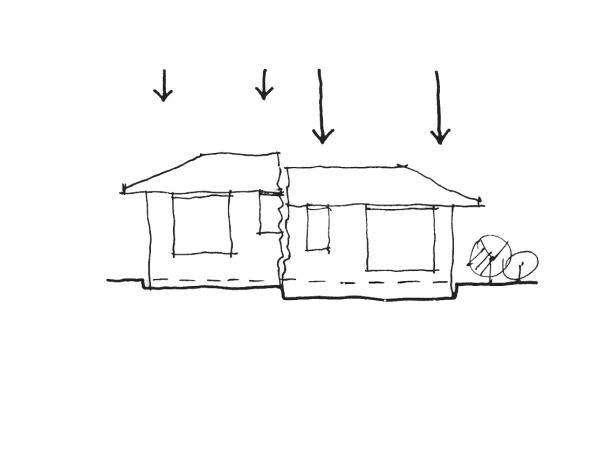 Differential settlement can cause an abrupt change in level or cause all corners of the foundation to settle by different amounts.