Body waves include P-waves and S-waves.

Body waves travel in three dimensions and can move through the interior of the Earth.

The first type of body wave is called the primary wave or pressure wave, and is commonly referred to as P-waves. This type of seismic body wave travels at the greatest velocity through the ground. As a longitudinal compressional waveform, P-waves move in the same way as sound waves. As they spread out, they alternately push (compress) and pull (expand) the ground as they move through it.

P-waves are able to travel through both solid rock and liquid material, such as volcanic magma or oceans. They travel at velocities ranging from 1,600–8,000 m/s, depending on the material they’re moving through. Because of their speed, they are the first type of wave to be felt and to register on a seismograph during an earthquake. 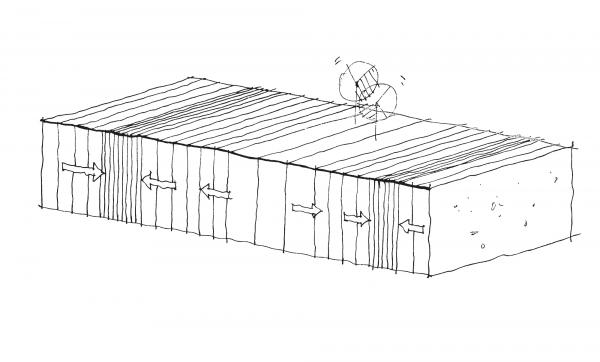 P-waves are the fastest travelling waves and are usually felt first.

The second type of body wave is called the secondary wave, shear wave or shaking wave, and is commonly referred to as S-waves. S-waves are a transverse waveform that shears the ground sideways at right angles to the direction of travel.

S-waves have different effects on the ground surface depending on their polarisation and direction of travel. Horizontally polarised S-waves will move the ground from side to side (left and right) relative to the direction they’re moving. Vertically polarised S-waves will move the ground up and down relative to the direction of travel. It is not possible to shear or twist a liquid, so S-waves cannot propagate through bodies of water, such as oceans and lakes.

S-waves are typically 40 percent slower than P-waves in any given material and have velocities ranging from approximately 900–4,500 m/s. These waves are the second to register on a seismograph during an earthquake. Despite their slower speed, S-waves are often more destructive than P-waves because they can have larger amplitudes and can cause greater levels of ground shaking. 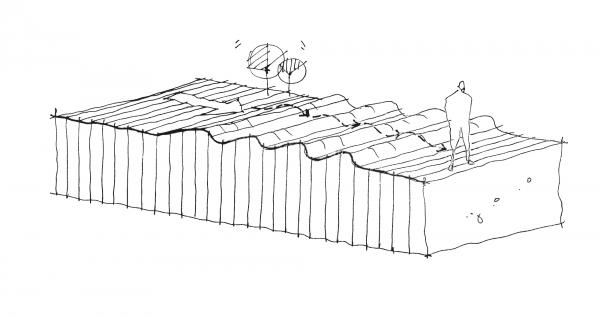 S-waves travel more slowly than P-waves so are usually felt later, but they can be more destructive.

The actual speed of P-waves and S-waves depends on the density and elastic properties of the rocks and soil materials through which they pass. As P-waves and S-waves move through layers of rock in the Earth’s crust, they are also reflected or refracted at the interfaces between different types of material. When this occurs, some of the energy of one wave type is converted into waves of the other type.

For example, when a P-wave travels upwards and strikes the underside of a layer of alluvium-type soil, part of its energy will continue upwards through the material as a P-wave. Part will convert into S-waves that also begin to propagate upwards through the alluvium. Some energy is also reflected back downwards in the form of P-waves and S-waves.