A shallow foundation distributes loads from the building into the upper layers of the ground.

Shallow foundations are susceptible to any seismic effect that changes the ground contour, such as settlement or lateral movement, or alters the bearing capacity of the upper soil, such as liquefaction.

Primarily, shallow foundations must be designed for the load combinations given in AS/NZS 1170 Structural design actions, as amended by Verification Method B1/VM1.

There are several types of shallow foundation that can provide resistance to seismic loads.

Spread footing foundations are a class of foundation that distributes loads from the superstructure, including seismic forces, horizontally across sufficient surface area that the bearing strength of the soil is not exceeded. On some sites, this may mean the foundation covers a larger area than the footprint of the building.

A continuous perimeter foundation spreads the gravity load of the structure across the width of the foundation.

Slab-on-ground foundations, sometimes called traditional slab foundations, are a type of spread footing foundation where the slab ties the spread footings together as well as providing a solid flat floor surface. They are typically formed by excavating the ground to a shallow depth, building edge formwork and pouring concrete into the cavity. 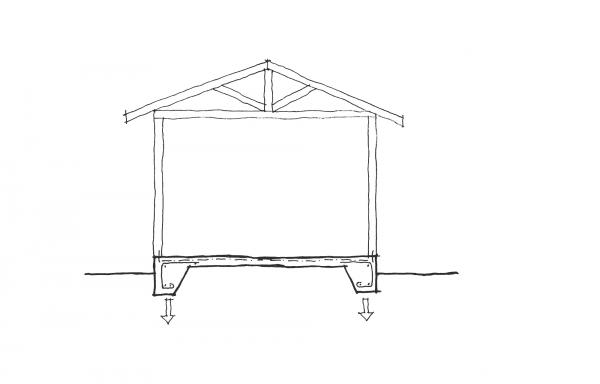 Different types of steel-reinforced slab-on-ground foundations are widely used in residential construction because they provide a high degree of durability and seismic resilience. They are also relatively inexpensive to construct.

Mat foundations, also known as raft foundations, are a type of slab-on-ground foundation used in both residential and commercial construction. The residential variety consists of a thick concrete slab, several times thicker than a traditional slab, reinforced with a larger amount of ductile reinforcing. 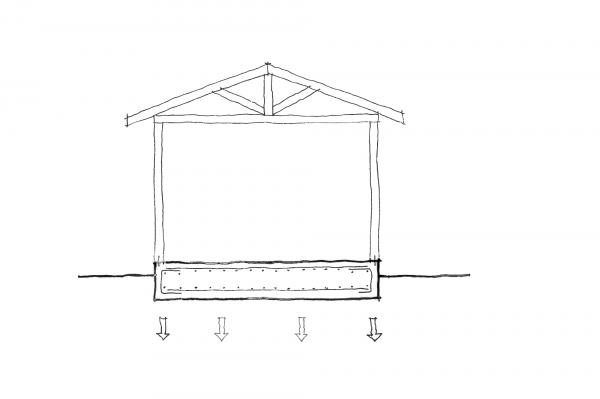 A mat foundation is often suitable for sites with marginal soil that does not require deep foundations but could undergo substantial differential settlement. They can also be used for buildings that are likely to experience large lateral forces during a major seismic event. In this situation, the stiff raft can bridge over soft areas and slide on the ground if lateral spreading occurs beneath it.

A waffle foundation, also known as a ribbed foundation, is a type of slab-on-ground foundation that consists of a series of evenly spaced reinforced ribs surrounded by a wider perimeter footing, topped with a reinforced slab. Voids are created in the foundation, usually using polystyrene pods, separated by the ribs.