The building envelope is the primary defence against the external environment.

In any building, the building envelope is the primary defence against the external environment. When it is compromised by earthquake damage, the environment can penetrate into the building, which can lead to damage in a building that is otherwise structurally sound.

A damaged roof or wall cladding, for example, can compromise the building’s weathertightness, allowing wind, rain and other elements into the building’s interior. If not repaired immediately, this can damage furnishings and other non-structural building components, which can be costly and time-consuming to repair or replace. In some cases it can also worsen structural damage sustained during the earthquake.

There is an expectation that any structure will preserve life in a major seismic event, a concept that is central to the Building Code. There is also an expectation by the public that buildings should sustain only minimal damage and be usable shortly after a moderate event. This requirement extends the concept of low-damage design to non-structural systems, and the seismic performance of the building envelope is therefore an important consideration in any low-damage building design.

The Acceptable Solutions and Verification Methods for Building Code clause E2 External moisture are the primary source of guidance for the design of the building envelope’s weather barrier in New Zealand buildings. Acceptable Solution E2/AS1, for example, provides details for a range of prescriptive cladding options for residential houses. It also provides a logical risk assessment for selecting a cladding based on a range of risks, including the level of seismicity.

Parts of the building envelope

The building envelope is usually defined as any physical components that separate the occupied internal spaces and the unoccupied internal spaces or exterior of the building. There are three basic elements of a building envelope – the weather barrier, air barrier and thermal barrier. Each barrier is responsible for controlling the transfer of moisture, heat, air, light and noise between the interior and exterior environments. 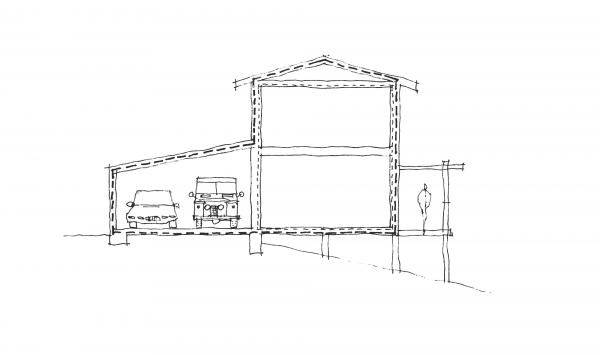 The building envelope consists of three barriers that control the transfer of moisture, heat and air in and out of the building.