Liquefaction can occur when seismic shaking agitates saturated ground material of certain types. Buildings and other surface structures supported by liquefied ground can subside or tilt over. Underground hollow structures, such as pipes and tanks, may rise to the surface due to buoyancy forces.

Although there are no standardised criteria to identify liquefiable soil, typically, the process that causes liquefaction begins when four key elements are present:

When all four conditions are present, the loose material begins to compress under the force of gravity, closing the spaces between the grains. However, the water already occupying the spaces resists the change, and pressure begins to build in the material. Eventually, the pressure rises enough that the grains become buoyant and float in the water. At this point, the soil has completely lost its strength. Soil that was solid begins to act like a liquid.

With lower bearing strength, liquefied soil can no longer support the same amount of weight as it did when it was solid. Objects on the surface, such as buildings, may partially settle or sink into the liquefied soil, causing damage to building foundations and the structure that they support.

Where the liquefied soil lies below a continuous large weight, such as a solid layer of soil, the pressure can force the liquefied soil upwards. This is forced through small fissures and weaknesses in the solid layer, causing small geysers (sometimes known as sand boils or ejecta) of silt, sand and groundwater. In severe cases, this can also result in temporary surface flooding.

Soil can remain liquefied for several hours after the earthquake shaking has stopped, although it will gradually solidify and regain bearing strength as the pressure within the material disperses. Engineering New Zealand states that, in some cases, the soil may even have a higher bearing strength than before the liquefaction occurred, although the Canterbury earthquake sequence does not support this.

Liquefaction can occur throughout the subsurface layers but is most damaging the closer to the surface it occurs. Liquefaction can leave behind a deep layer of sediment (ejecta) over a wide area that does not disperse after the event. When this occurs in a populated area, as was seen in Christchurch in 2010 and 2011, it can cause widespread disruption for an extended period.

Liquefaction also contributes to other ground effects, such as settlement and lateral spread. 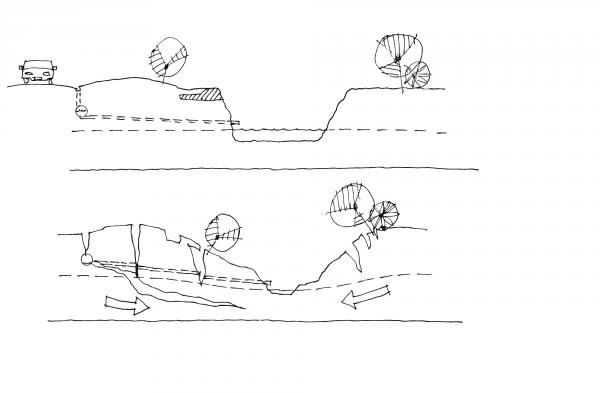 Liquefaction can cause lateral spreading beside the banks of rivers and waterways. Cracks open up along the banks, which can extend back on to properties and building foundations. 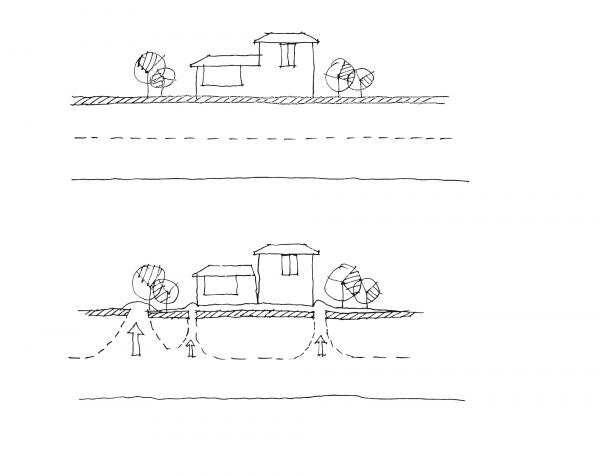 During liquefaction, sand, silt and water is forced up towards the surface by pressure below ground. In some cases, the material is forced through small cracks and collects on the surface to form sand boils. 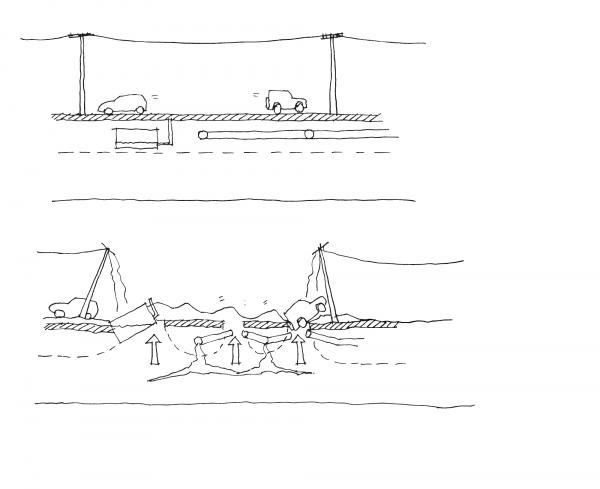 Liquefied ground has little strength when compared to other land. Heavy objects, such as power poles, cars and buildings, can topple or sink into the liquefied soil.

Ground performance in Christchurch
The 2010 Darfield and 2011 Christchurch earthquakes caused several observable ground effects in Christchurch City. Extensive lateral spread was seen close to waterways, streams and rivers, and differential land settlement due to liquefaction was observed in several suburbs. Some cases of lateral spread reached up to 400 m from the nearest waterway, with up to 4 m of lateral ground movement. Minor spreading extended well beyond this in some parts of the city. Land settlements of up to 200 mm were common and occurred over large areas of the city, while the worst affected areas saw settlements of 500 mm or more. Significantly greater differential settlements occurred over short distances. This settlement has consequential effects, such as making these areas prone to flood events.

Christchurch suffered extensive liquefaction in the 2010 and 2011 earthquake sequence. Damage ranged from minor to very severe in areas affected by liquefaction, while no apparent land damage was observed in areas where soil did not liquefy.